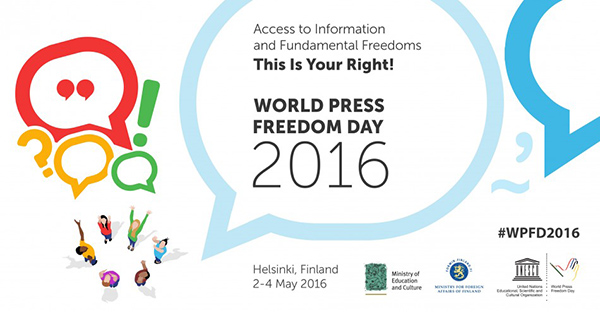 Press freedom and the right to information have a direct relevance to achieving the vision of a true Republic. … Today, let us strengthen our resolve to defend the rights of a free press and let us celebrate the possibilities of quality journalism as we build an inclusive society to the benefit of all.

Similarly, Thorbjørn Jagland, Secretary General of Council of Europe, called upon the 47 Council of Europe member states to make sure that their national legislation on defamation does not lead to self-censorship of the media and does not weaken public debate. There have been similar calls in the Irish media today (Herald | Irish Independent here and here | Irish Times). I would be the first to argue that Irish defamation law is in need of reform. But I think that the central example put forward in those reports simply does not make the case. Those reports rightly point to the €1,250,000 damages award in Leech v Independent Newspapers [2014] IESC 79 (19 December 2014). However, as Dunne J pointed out in the Supreme Court in that case, the facts

… pre-date[d] the enactment of the Defamation Act 2009 which introduced new provisions, inter alia, in relation to damages particularly, in relation to the directions to be given to a jury by the trial judge in respect of a trial in the High Court and the matters to which regard shall be had in assessing damages. … by virtue of the provisions of the 2009 Act it is now possible for the trial judge to give more detailed directions to a jury as to the assessment of damages. The position was different when these proceedings came to trial before the High Court.

In other words, a reform to address the very issue being complained of has already been introduced. It is the Defamation Act 2009 (also here). Let us have a judgment under that Act equivalent to Leech and then complain. But, until then, point to the issues that really need reform.

For example, the Attorney-General has referred the issue of court reports and defamation to the Law Reform Commission (though the subsequent Philpott v Irish Examiner [2016] IEHC 62 (08 February 2016) illustrates the width of the existing protections for journalists). Outgoing Senator John Crown introduced the Defamation (Amendment) Bill 2014 into the Seanad to limit the damages certain public bodies may receive in defamation actions. And various other reform processes are currently ongoing or have been recently completed in neighbouring jurisdictions. Alhough they are not as headline grabbing as EXCESSIVE DAMAGES headlines, many reforms of the 2009 Act may be considered, including
– rationalising the abolition of the distinction between libel and slander, incompletely achieved by section 6(1);
– taking a leaf out of Senator Crown’s book, reconsider whether a body corporate should be entitled to bring a defamation action without proof of damage, as permitted by section 12; (section 42(2) might provide a template for any such reform);
– reconsidering whether there are too many hoops to be jumped through to establish the defence of fair and reasonable publication on a matter of public interest, rendering the defence in section 26 so many dead letters (section 4 of the English Defamation Act 2013 provide a template for any such reform);
– repealing the offence of blasphemy in section 36 (such an offence does not belong in a defamation statute).

For all that reform of our defamation law is undoubtedly necessary, we must not over-state the problems. In the Reporters Without Borders/Reporters sans frontières 2106 World Press Freedom Index, Ireland is ranked at number 9. This is up from 11 last year, and 16 the year before, so we must be doing something right.

The highly concentrated media ownership is a major problem. Independent News and Media (INM) controls 40% of the daily and Sunday newspaper market. The 1937 constitution guarantees media freedom but defamation lawsuits are common. Finally, interviewing police sources has been virtually impossible since the Garda Siochana Act of 2005, which bans police officers from talking to journalists without prior authorization. Officers contravening the ban risk dismissal, a fine or up to seven years in prison.

If we want to move up this table, then we should focus on the issues that really are issues and reform the things that need reform in the Defamation Act 2009, and address other serious issues as well. I wonder (if, as seems likely, we get finally get a government) whether this will be on the desk of the incoming Minister for Justice.

7 Reply to “On World Press Freedom Day, the inevitable calls for reform of Irish defamation law focus on the wrong issues”