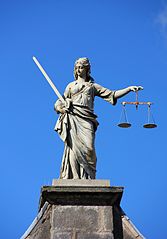 There doesn’t seem to be a Brief for the Minister on the Department’s website, as there was for the incoming Ministers for Jobs, Enterprise and Innovation (which I discussed here; follow-up here), and Education and Skills (which I discussed here; follow-up here). However, that is unsurprising, as there was no change of Minister; but it does mean that there is very little to go on as to the direction in which these three Bills will take. Nevertheless, the first two are long promised, and much is already known about them; the third is more recent, and rather less heralded.

If reform of judicial appointments is to be pursued in Ireland it appears that the most appropriate model would be one that necessarily combines the constitutional requirement for government advice to the President; with a reformed process which draws out the legitimate role for elected representatives in selection, and which is based on fairness, transparency, accountability, and a commitment to representativeness and diversity.

Replacing the JAAB with a new Judicial Appointment Commission promised in both the Confidence and Supply Arrangement for a Fine Gael-Led Government entered into between Fine Gael and Fianna Fáil and the Programme for a Partnership Government. Since then, at the launch of Dr Jennifer Carroll McNeill‘s new book on The Politics of Judicial Selection in Ireland (Four Courts Press, 2016), An Taoiseach Enda Kenny TD said that the “Government is ultimately seeking to reform the judicial appointments process to ensure it is transparent, fair and credible”; and he provided an outline of the proposed Judicial Appointment Commission:

At its core, this book is a defence of the basic principles of democracy – elect leaders in free and fair elections, then allow the law-making majority that is elected to make laws and decisions on behalf of the electorate. Included in those decisions are the selection of judges and the selection of any system for choosing judges, and any changes to that system. …

Dr Carroll McNeill’s book is based on her 2015 Basil Chubb Prize-winning PhD on Institutional Change in Judicial Selection Systems: Ireland in Comparative Perspective (UCD). John Burns in the Sunday Times described it as “intriguing”. Ruadhán Mac Cormaic in the Irish Times picked up on two main themes of the book. First, lawyers’ personal ties to key decision-makers in government are a more significant factor in judicial appointment than political affiliation. Second, the JAAB’s unilateral change of policy to send the government long lists of names, excluding only those who did not meet minimum eligibility requirements, dramatically widened government’s room for discretion. Writing in the Irish Times on the occasion of the publication of her book, Dr Carroll McNeill argues that this “crippling change” needs to be undone, and that significant improvements are urgently required to enable the advisory board to function optimally, and she welcomes the government’s commitments to reform the whole process of judicial appointments. Welcoming its publication in a review in the Irish Times, Prof David Gwynn Morgan commented

This book, then, is a thorough and fair treatment, packing in a lot of new and useful information in a field which was crying out for it. It is also timely and so is likely to influence the necessary changes, which seem to be on the way.

In principle, these are very welcome developments. However, I have said many times on this blog (eg, here, here, here, & here), I hope that the occasion is also taken to modernise the criteria for appointment.

Second, the Judicial Council Bill. This has been so long in the gestation that the Chief Justice has recently said that its establishment is “imperative”.

Thrid, the Juries Bill. In a speech in the Seanad on 18 June 2015 by then Minister of State Simon Harris TD on behalf of the Minister for Justice and Equality, Frances Fitzgerald TD, replying to a statement by Senator Colm Burke on the need to introduce a scheme of reimbursement for expenses incurred by people called for jury service. The Minister’s speech referred to this issue, and continued

The Law Reform Commission Report on Jury Service [pdf | html] which was published in April 2013 contains 56 recommendations covering a broad range of issues relating to jury service. Chapter 9 of this report covers recommendations on jury compensation and expenses, including an introduction of a modest flat rate daily payment to cover the cost of transport and other incidentals involved in jury service and these issues are being fully considered in the Department. Some of the recommendations in the Law Reform Commission’s report have cost implications and these recommendations require careful evaluation in the current economic climate and are currently being considered in the context of a Juries Bill which is included in the Government’s Legislation Programme and will be brought forward in due course.

All in all, if the Department is able to progress these three Bills, the administration of justice in Ireland will greatly benefit.