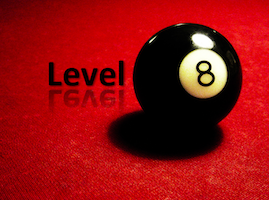 Also: CAO offers: Sharp points rise for courses linked to recovery – Engineering, architecture, construction and business up as arts falls to new low; Focus on construction and engineering results in higher points – Points drop across the board for arts and social science degrees; Business and technology jobs surge as over 52,000 receive CAO offers – Students target courses to give them skills to travel globally.

If the drop in points for Arts, Humanities and Social Science (AHSS) courses is because of a drop in demand, and if that drop in demand is because students are questioning the value of such degrees, this would be, to say the least, unfortunate. It reminds of me of the definition of a cynic given by Lord Darlington in Oscar Wilde’s Lady Windermere’s Fan as someone “who knows the price of everything, and the value of nothing”. As Paul Bernal wrote in another context:

As with so much of what Wilde wrote or said, it’s more than just a nice turn of phrase – it hits at the heart of the problems of society. Lady Windemere’s Fan was written in 1892, but what Wilde wrote is even more true now than it was 122 years ago. These days, our government, our businesses, our media and more seem to be dominated by what Wilde would have described as cynics. The idea that anyone in the ‘real world’ should even consider ethical, moral, philosophical or cultural values to be on a par with financial or economic ‘value’ appears whimsical, sentimental, even romantic. Hard-nosed, sensible, rational, practical people ‘know’ otherwise. It’s the economy, stupid.

So it is with school leavers cynically eschewing AHSS courses for hard-nosed, sensible, rational, practical STEM qualifications. Eighteen, the usual age of school-leavers, is much too young to be cynical. And a university education is much too valuable and inclusive to be seen in such cynical, utilitarian terms. As Julian Coleman wrote in yesterday’s Observer:

‘Value for money’ can’t be the only measure of university

In the middle of the 20th century, the conservative political philosopher Michael Oakeshott gave one of the most sublime accounts of the value of a university education ever written. It is worth quoting at length from The Idea of a University [summary; pdf], which was published in 1950. Partly because of the beauty and humanity of the prose, but also because you just don’t get thinking like this any more …

The characteristic gift of the university … is the gift of an interval. Here is an opportunity to put aside the hot allegiances of youth without the necessity of at once acquiring new loyalties to take their place. Here is a break in the tyrannical course of irreparable events; a period in which to look around upon the world and upon oneself without the sense of an enemy at one’s back or the insistent pressure to make up one’s mind; a moment in which to taste the mystery without the necessity of seeking a solution. And all this, not in an intellectual vacuum, but surrounded by all the inherited learning and literature and experience of our civilisation …

The gift of an interval? One wonders what Oakeshott, who died in 1990, would have made of last week’s coverage of A-level results day. This annual landmark is now treated not as a threshold to be crossed into a protected world of ideas, but as the starting gun in a debt-fuelled race for economic preferment in later life.

The coverage of the CAO points and offers today is exactly the same. And it is misplaced, especially as regards AHSS courses. As my colleague, Prof Darryl Jones, the devastatingly witty, suave, and irresistible Dean of Arts, Humanities and Social Sciences in Trinity College Dublin, argues

The Arts: Studying arts can make you irresistible!

The first reason, and by far the most important, to study the arts is because you love them, or are at least curious about them and want to find out more. I can’t stress how important it is to study something with which you feel passionately engaged. … Study the thing you love. …

The arts are important because they are what make us human. … Art encourages individual, personal responses. That’s why repressive regimes are always so hostile towards the arts. … And for good reason. Art bursts through the confines of ideology, seeks freedom. … We can tell the difference between art and propaganda.

Or we can if we are educated to do so. All education should instil the virtues of critical thinking. An education in the arts certainly does so. … More than ever, we need a workforce and an electorate which is critically and culturally literate, intellectually self-confident, independent, and articulate.

As if this weren’t enough, studying the arts will make you, at a stroke, devastatingly witty, suave, and attractive, if not downright irresistible. That, of course, is the real reason why I chose to study them.

And, as a Social Science, this is true of law as well, he says modestly. School leavers should abjure cynicism and utilitarianism and instead embrace their interests and their instincts in their third level choices. It will be better for them, and for society, in the long run.

Update (14 September 2016): My TCD colleague Prof Jane Ohlmeyer, is quoted in an article in the Irish Times:

Arts degrees: are they worth doing any more?

These days, all the focus seems to be on how science and technology are the ‘sexy’ subjects everyone should be doing, but employers say arts courses develop crucial skills for the modern workplace

… “Humanities researchers have something important to say about all of the great societal challenges including health and wellbeing, technology, the environment or security,” Ohlmeyer says. She also believes creativity is a key skill. “Stem alone cannot address some of the world’s most challenging problems, many of which are human problems. The role of the arts and humanities has never been more important,” she says.

One Reply to “CAO cynicism”