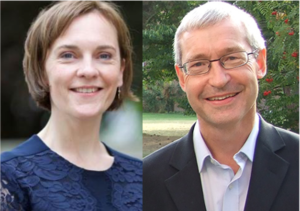 In my first post, I introduced the cases and issues. In my second post, I examined whether the defendants were enriched at the expense of the plaintiffs. In my third post, I considered whether compulsory discharge of the debt of another could have provided a cause of action in Samsoondar and Surrey, and whether Surrey could rely upon a policy-motivated cause of action, consisting in the unlawful obtaining or conferral of a benefit by a public authority. In my fourth post, I considered whether the mistaken discharge of the debt of another might have been available on the facts of both cases. In my fifth post, I considered some of the effects of voluntariness in the discharge cases. In my previous post, I put this issue of voluntariness in a larger context. In this post, to conclude the series, I want to consider some of the other defences that arose on the facts of Samsoondar and Surrey.

There will also be a defence to a claim in restitution for unjust enrichment where the plaintiff conferred the benefit upon the defendant pursuant to a valid contract (see, eg, Pan Ocean Shipping Co Ltd v Creditcorp Ltd (The Trident Beauty) [1994] 1 WLR 161, 164-166; [1994] 1 All ER 470, 473-475 (Lord Goff); Mann v Paterson Constructions Pty Ltd [2019] HCA 32 (9 October 2019) [14]-[18] (Kiefel CJ, Bell and Keane JJ), [164] (Nettle, Gordon and Edelman JJ)) or to a valid common law, equitable or statutory obligation (Fairfield Sentry Ltd v Migani (British Virgin Islands) [2014] UKPC 9 (16 April 2014) [18] (Lord Sumption); DD Growth Premium 2X Fund v RMF Market Neutral Strategies (Master) Ltd (Cayman Islands) [2017] UKPC 36 (23 November 2017) [62] (Lords Sumption and Briggs; Lord Carnwath concurring); see, generally, Helen Scott “Defence, Denial or Cause of Action? ‘Enrichment Owed’ and the Absence of a Legal Ground” in Andrew Dyson, James Goudkamp, and Frederick Wilmot-Smith (eds) Defences in Unjust Enrichment (Hart, Oxford, 2016) (SSRN)). Indeed, in Surrey, the fact that Surrey paid for JD’s care home pursuant to a statutory obligation caused no little difficulty to Thornton J’s analysis of the unjust factor of the unlawful conferral of a benefit by a public authority. But the important point is that this defence of enrichment pursuant to obligation applies where the plaintiff is under a direct or primary obligation to confer the enrichment, but not where the plaintiff is under a secondary obligation to do so. In such a case, “there is no policy inconsistency in granting the claimant restitution of the enrichment even though the defendant is legally entitled to it” (Zurich Insurance plc UK Branch v International Energy Group Ltd [2016] AC 509, [2015] UKSC 33 (20 May 2015) [68] (Lord Mance; Lords Clarke, Carnwath and Hodge concurring) (citing Andrew Burrows The Law of Restitution (3rd ed, OUP, 2011) 88). Hence, in the case of compulsory discharge of the debt of another, if, as between the parties, the primary liability rests upon the defendant, and only a secondary liability rests upon the plaintiff, then the defendant will be unjustly enriched at the expense of the plaintiff by the plaintiff’s discharge of the secondary obligation, and the plaintiff can have restitution in the amount of that enrichment from the defendant (Moule v Garrett (1872) LR 7 Exch 101; Brooks Wharf v Goodman [1937] 1 KB 543; Sevilleja v Marex Financial Ltd [2020] UKSC 31 (15 July 2020) [202] (Lord Sales; Lady Hale and Lord Kitchin concurring)). As a matter of principle, the same considerations should apply where the discharge is mistaken rather than compelled.

Surrey and Samsoondar are important cases raising interesting issues. There aren’t many cases on discharge of the debt of another; like the proverbial bus, you wait for ages and then two come along at once. In both, the simplest practical explanation is the best one – if an explanation that is either too simple or too complex is unlikely to be workable. For example, Occam’s Razor – that “entities are not to be multiplied without necessity” – rationalises all of the different way to express that a payment was voluntary in terms of assumption of risk. It might also be thought to justify Thornton J’s reliance in Surrey upon the unjust factor of unlawful conferral of a benefit by a public authority. However, her analytical contortions about whether Surrey’s paying for JD’s care was unlawful demonstrate that, like so many square pegs in round holes, the facts do not easily fit into that unjust factor. Instead, Birks’s Augmentation suggests that mistaken discharge of the debt of another should be admitted as unjust factor in both Surrey and Samsoondar.