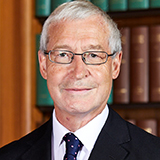 … I think a little more time ought to be spent in judgments, at least involving difficult questions of law, placing the judgment in its wider legal context. And the best way of doing that is to refer to the work of academics. If I am ever faced with a legal problem that I do not immediately know the answer to, I turn to the books. That gives me an immediate feel for the answer. I would do that even before looking at any skeleton argument. And the reason for that is that the books paint a detached overall picture in the sense that they present the law free of the knowledge of this particular dispute. In my view, judges ought to insist on being shown the academic work relevant to the legal issue in the case: … 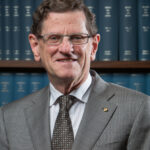 For obvious reasons, I would welcome this approach. Quite some time ago on this blog, when discussing a paper by Lord Neuberger (then incoming President of the UK Supreme Court), I concluded that that judicial and academic ships no longer pass silently by each other in the night. Instead, I argued, they are vessels in the same fleet, sailing together, working in collaboration to reach the same destination – the responsible and principled development of the law (see Lady Hale “What is the United Kingdom Supreme Court for?” (28 March 2019) (pdf) p13). Not long after I wrote that post, the then Chief Justice of Australia, Chief Justice Robert French (pictured left), struck a more laconic note, describing any conversation between judges and academics as a “Dialogue of the Hard of Hearing” (2013) 87 Australian Law Journal 96 (pdf). The title was bare of a concluding question mark, indicating that it was an assertion, not a query:

There is an exchange between the legal academy and the courts which in most cases is mutually respectful. There are however, differences of purpose, perspective and methodology between judicial reasoning and legal scholarship. The differences should be acknowledged and the points of engagement identified so that each may hear the other more clearly. …

In my view it is quite appropriate and useful to refer to legal scholarship for a number of purposes. In some cases a piece of academic writing provides a convenient encapsulation of a matter of history or a line of judicial decision-making which it is not necessary to set out at length in the body of the judgment. Sometimes legal scholarship provides substantive support for a proposition with which the judge or court agrees and is prepared to apply. An academic article may have undertaken a useful analysis of what earlier cases have decided. An article or an opinion expressed in it may have been approved in an earlier judicial decision as containing a correct statement of the law.

It is also appropriate for a judge to refer to legal scholarship with which the judge does not necessarily agree. That is not merely out of respect for the work of particular authors but to make it clear that the judge has had regard to alternative approaches even if rejecting them in the end. 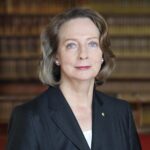 I rather felt that French CJ saw academic discussion as something to be tolerated rather than embraced. His successor as Chief Justice of Australia, the Hon Susan Kiefel AC (pictured right), has returned to the theme, and she sees the dialogue as more constructive: “The Academy and the Courts: What Do They Mean to Each Other Today?” (2020) 44(1) Melbourne University Law Review 447 (link):

… academic writing which is directed to judges, to the profession and on occasion to the public. … [is] a valuable resource for judges … [which] confirms our shared concern with the correct and coherent development of the law.

This position is much closer to to the approach taken by Neuberger and Burrows than it is to French’s. On the question of when and why academic writings are useful, Kiefel CJ observed:

Citation of commentary on constitutional law continues to be more extensive than that of commentary on most other areas of the law. The contribution of academic law professors, such as Professor Leslie Zines, has been significant in its development. There can be little doubt that, if he has not shaped some opinions, he has at least required judges to think harder about some topics. … The contribution of academic lawyers is not limited to constitutional law. Recently, the High Court decided a case involving contract law where the debate was started by academic lawyers [see Mann v Paterson Constructions Pty Ltd [2019] HCA 32 (9 October 2019)]. The question it raised was whether the law had taken a wrong turn and, if so, whether it should be corrected. … It should be apparent that from all perspectives — of advocates, judges and the proper maintenance and development of a coherent body of the law — that academic opinion is a valuable resource. … Lord Dyson has spoken of the ‘symbiotic co-existence’ of judges and scholars. His Lordship has said that ‘[t]he influence of academic writings on judicial decision-making is considerable’ [Lord Dyson Justice: Continuity and Change (Hart Publishing, Oxford, 2018) 35-37 (see, generally, chapter 2 “Academics and Judges”)]. 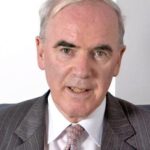 Lord Rodger of Earlsferry (pictured left), had been an Oxford academic, Lord Advocate in Scotland, and then a judge of the UK Supreme Court. He observed and participated in this debate from all sides. Before his elevation to the bench, in his John Kelly Memorial Lecture, “Savigny in the Strand” (1993) XXVIII 27 Irish Jurist (new series) 1, he proved himself enthusiastically on the same page as Neuberger, Dyson and Burrows. Returning to the theme * in “Judges and Academics in the United Kingdom” (2010) 29(1) University of Queensland Law Journal 29 [link], he concluded

… we have reached the stage where there is no remaining institutional bias against the use of academic materials in judgments. Whether judges actually choose to use them depends, in part, on individual preference but also, more importantly, on whether they find the available academic material useful for solving the issue before them. … I would like to think that the relationship between academia and the courts over the coming decades will prove to be one of a mutual respect …

Perhaps something from next Saturday’s conference will appear in a judgment in the Supreme Court before too long.

2 Reply to “Judges, judging, and the use of academic sources”