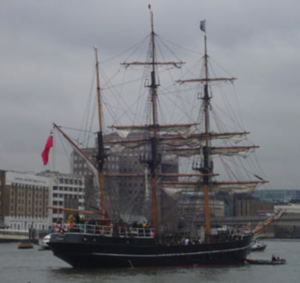 The Zong (Gregson v Gilbert (1783) 3 Doug 232, 99 ER 629, [1783] EngR 85 (22 May 1783) (pdf)) is an infamous case. It concerned a claim against an insurer for the value of slaves thrown overboard from The Zong to allow the crew to survive a chronic lack of drinking water (it is voyage 84106 on the Trans-Atlantic Slave Trade Database). The claim succeeded at first instance, but failed on appeal before Lord Mansfield and Willis and Buller JJ. I have already blogged about Nate Oman’s review of Simon Schama’s Rough Crossings: Britain, Slaves, and the American Revolution (Harper Collins, 2007) which discussed the case, and about an episode of a television drama inspired by the case. Now Kate Sutherland brings news that poet (and recovering lawyer) M. NourbeSe Philip has published an extended poetry cycle about the case: Zong! As told to the author by Setaey Adamu Boateng (Wesleyan University Press | The Mercury Press | Google Books (2008)). The abstract describes the book as “a haunting lifeline between archive and memory, law and poetry” and continues:

In November, 1781, the captain of the slave ship Zong ordered that some 150 Africans be murdered by drowning so that the ship’s owners could collect insurance monies.

I love the paintings of WIlliam Turner (1775–1851). Every January, the Vaughan bequest of Turner watercolours goes on display in the National Gallery of Ireland, and every January I spend a happy Saturday afternoon in their company. One of Turner’s most arresting paintings is The Slave Ship (Slavers throwing overboard the Dead and Dying — Typhoon coming on) (1840) which is now on display in the Museum of Fine Arts, Boston (thumbnail, left; click through for better image). It is inspired in part by the story of the slaveship The Zong (replica image | image | story | wikipedia). In 1781, the shipowners claimed under an insurance contract for the value of lost cargo, which consisted of 133 slaves thrown overboard because the ship was running out of water (it is voyage 84106 on the Trans-Atlantic Slave Trade Database). The captain claimed he acted out of necessity; and in the infamous case of Gregson v Gilbert (1783) 3 Doug 232, 99 ER 629, [1783] EngR 85 (22 May 1783) (pdf | National Archives), the claim succeeded at first instance, but failed on appeal.

Although this action was for breach of contract, it is the inspiration for the main action in last night’s episode of Garrow’s Law (BBC | imdb | wikipedia), a BBC television series inspired by the life and times of 18th century barrister William Garrow.… 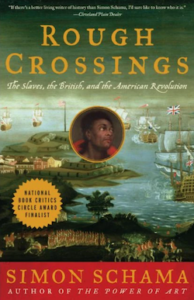 The case is Gregson v Gilbert (1783) 3 Doug 232, 99 ER 629, [1783] EngR 85 (22 May 1783) (pdf). It related to a claim against an insurer for the value of cargo thrown overboard from The Zong as a matter of necessity to survive an emergency. The claim succeeded at first instance, but on appeal, Lord Mansfield and Willis and Buller JJ ordered a retrial on the grounds that the evidence as adduced was unsatisfactory. So far, so ordinary. What makes this case extraordinary is that the ship’s cargo consisted of slaves, and the emergency consisted of a lack of water for them to drink when the ship’s captain’s navigation skills failed him and he missed landfall in Jamaica (it is voyage 84106 on the Trans-Atlantic Slave Trade Database).…