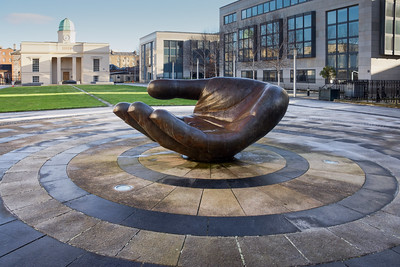 This is the fourth and final post in a series on Senator Seán Barrett‘s Private Members’ Bill, the Universities (Development and Innovation) (Amendment) Bill 2015, which was discussed last week in the Seanad (earlier posts are here, here and here).

Section 8 of the Bill relates to superannuation and pensions. The Financial Measures (Miscellaneous Provisions) Act 2009 (also here) provided for the transfer of university pension funds (among a range of other public sector pension funds) to the National Pensions Reserve Fund. As Senator Norris commented during the Second Stage debate, “the universities were cavalier in this regard”. And, as Senator Barrett commented at the same stage, it was “a matter of regret that a burden was put onto the Exchequer in 2009 when a number of university pension funds went bankrupt and had to be taken over by the State”. Section 8 of the Bill would have allowed the universities to open a new pension scheme for future employees, independent of exchequer support. In drafting terms, the section tracked section 25(7) of the 1997 Act, and the First Schedule to the Bill tracked the Fifth Schedule to that Act. In time, this would have liberated the State from the obligation to fund university pensions, and in turn liberated the universities from this line of government control – thus contributing to Senator Barrett’s aim that the universities should eventually “become independent of the State”.

The Minister for Education and Skills, Jan O’Sullivan, rejected this proposal. During the Second Stage debate, she referred to the Public Service Pensions (Single Scheme and Other Provisions) Act 2012 (also here), the purpose of which

was to standardise pension provision across the public sector. In terms of the Bill before us, we do not intend to approve separate and different superannuation provisions for the university sector. That is a section of the Bill that I have difficulty with in terms of Government policy.

Section 9 relates to corporations. The rather sparse provisions in section 13(2)(c) and section 25(5)(b) of the 1997 Act would have been deleted by sections 4 and 6(1) of the Bill (discussed here), so this section would have relocated these provisions and expanded upon them. Replacing section 13(2)(c) of the 1997 Act, section 9(1) of the Bill would have allowed universities to establish corporations consistent with their objects or functions. Section 9(2) would have permitted such corporations to determine the terms and conditions of employment, including remuneration, of its own employees. And, replacing section 25(5)(b) of the 1997 Act, section 9(3) of the Bill would have provided a mechanism by which such corporations could pay university employees, in accordance with a framework agreed with the HEA (subject to an application to the Public Service Appointments Commission for binding arbitration). Finally, section 9(5) was designed to encourage university campus companies to spin-out just as soon as they are ready, by making it easier for them to incorporate as a designated activity company (DAC) pursuant to Part 16 of the Companies Act 2014 (pdf).

Section 10 relates to intellectual property. The aim of this section was to foster innovation. Building on the wide definition of IP provided in section 2(3) of the Bill, section 10(1) would have provided that the universities and the Minister would have had to develop an Intellectual Property Protocol “to encourage the development and exploitation of intellectual property by the universities and corporations formed by them pursuant to section 9” of the Bill. During the Second Stage debate, the Minister pointed out that, in 2012, the Department of Jobs, Enterprise and Innovation had “published a document entitled Putting Public Research to Work for Ireland” (pdf), which provided for a national intellectual property protocol. Hence, she did not believe that was necessary to make specific provision for the legislative establishment of a protocol for the university sector.

Finally, here, reflecting the the work of the Copyright Review Committee (full disclosure: I was the Chair of that Committee), section 10(3) of the Bill would have added an “education” exception to the Copyright and Related Rights Act, 2000 (also here). Unfortunately, the Minister did not comment on this proposal.

In conclusion, in words written by Senator Barrett a year ago, and quoted to him by Senator David Norris during the Second Stage debate, he professed himself to be a

firm believer in the idea that the university sector is over-managed and in many ways misguided by money, government quangos and limited time initiatives that sap energy, funds and people from the main business of a university – educating people and creating knowledge.

This Bill would have gone some way towards redressing that balance. It is a pity that it will not be allowed to do so.