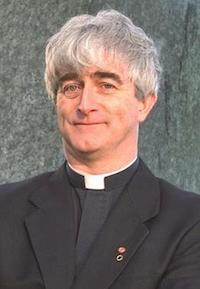 Dublin Circuit Criminal Court heard the money had been directed to his account as a result of a fraudulent email sent to an English company. …

As I have remarked several times on this blog, (see, eg, here, here, here, here, here, here, here, here, here, here, and here), if you are a recipient of a mistaken lodgement into your bank account, you can’t keep the windfall. You have a legal duty to make restitution of the mistaken payment; if you don’t, you run the risk of prosecution for theft. So, even if the money is just resting in your account, and you have no idea how it got there, you still can’t keep it. As Jackson LJ recently put it in Leslie v Farrar Construction Ltd [2016] EWCA Civ 1041 (01 November 2016) [30] upon a review of the authorities, if “C, because of a mistake, pays money which is not due to D, he can recover that money …” (see also Prudential Assurance Company Ltd v Revenue and Customs [2019] AC 929 [2018] UKSC 39 (25 July 2018) [69](Lords Mance, Reed and Hodge, in a joint judgment, with which Lords Sumption and Carnwath concurred)). The same point was accepted by Laffoy J in Donal Rigney Ltd v Empresa De Construcoes Amandio Carvalho SA [2009] IEHC 572 (27 November 2009). So, as I have previously explained, the mistaken payors into Fr Ted’s and Mr Carlos’s accounts can recover the money just resting there. Moreover, if, rather than just letting the money rest, Fr Ted or Mr Carlos spent (some of) it, they are likely to be committing theft, contrary to section 4 of the Criminal Justice (Theft and Fraud Offences) Act, 2001 (also here), as Mr Carlos discovered to his cost. Indeed, in the circumstances, he can consider himself very lucky that he has avoided a jail term. For example, although many such defendants receive suspended sentences, a teenager who spent almost €20,000 mistakenly lodged into his bank account by his former employer was convicted of theft, and sentenced to four years in prison with the final two years suspended.

The moral of these stories is clear. Finders are not keepers here. If money is just resting in your account, and even if you have no idea how it got there, you can’t keep it – you have to make restitution of the mistaken payment or run the risk of prosecution for theft. 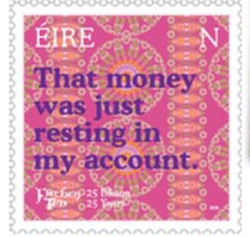 Updates: (1A): In another example of a potential major mistaken payment, Citigroup is suing various banks after mistakenly wiring up to $900m (BBC | Financial Times | Institutional Investor | Wall Street Journal). Some, at least, of the recipients, are denying that the payments were, in fact, mistaken.
(1B) There’s an excellent discussion of ‘Unjust Enrichment’ and Citi’s $900 Million Error on Bloomberg. Indeed, as Bloomberg also note:

In the who’s who of payment errors, Citi isn’t the worst. Deutsche Bank AG inadvertently wired 21 billion euros ($25 billion) as collateral for an over-the-counter derivatives trade in 2014 and made a 28 billion-euro payment error in 2018.

Watch this space; this story will run and run.

(2) On 27 August 2020, An Post – the Irish national postal service – issued a set of four stamp designs to mark the 25th anniversary of Father Ted. Each stamp features a phrase associated with one of the main characters; that for Ted, pictured right, is the righteous “That money was just resting in my account”.

One Reply to “Finders are not keepers. If money is just resting in your account, and even if you have no idea how it got there, you can’t keep it – you have to make restitution of the mistaken payment or run the risk of prosecution for theft”